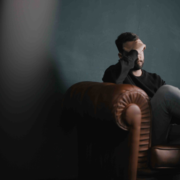 When you are charged with conspiracy, in some cases, you may be charged with additional crimes, as well. Conspiracy can be one of the most frustrating crimes to be charged with as it allows for law enforcement as well as prosecutors to pursue charges against you whether or not you were actually caught committing the crime. This also allows for law enforcement and prosecutors to go after a larger amount of people in hopes of finding a bigger culprit. Conspiracy charges, though misdemeanor in nature, can have lasting effects on your life, both professionally and personally. Because of this, if you or a loved one has been charged with conspiracy or any other crime, contact an experienced Maryland criminal defense attorney to help you determine the best strategies for your case.

Though conspiracy is considered a common-law crime, prosecutors must still prove that all parties involved and charged with conspiracy had a meeting of the minds or an agreement and intended to commit a crime. A prosecutor can show this by intercepting conversations in text form, email, or through phone calls. In relation to drug offenses, conspiracy is often charged in drug trafficking cases where a person has transported drugs in between counties. Also, there are often mandatory minimums associated with drug offenses and conspiracy charges. For instance, Section 5-608(b) carries a minimum of 10 years for a second violation involving a Schedule I or II narcotic drug, including convictions for conspiracy. If you have been charged with conspiracy in relation to a drug offense, it is important to note that you can be deemed a repeat offender in the case of drugs, subjecting you to harsher consequences.

Conspiracy related to drug offenses can be a frustrating crime with which to be charged. These offenses almost never leave you unscathed when it relates to your personal and professional life, and though considered misdemeanors, they can have serious consequences. You need an experienced team to help you with your case and to help you navigate through the criminal justice process. If you or a loved one have been charged with conspiracy in relation to a drug offense, please do not hesitate to contact us. Here at Hassan, Hassan & Tuchman, PA, we can be your voice and advocate on your behalf.