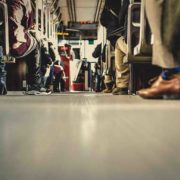 A Maryland Transit Administration (MTA) bus collided with another vehicle near Granada and Fairview Avenues in West Baltimore, according to a September 2017 article in The Baltimore Sun. The accident happened on a Friday morning in September and sent some passengers to the hospital. According to the MTA spokesman, no passenger suffered life-threatening injuries. He did not immediately know the number of passengers who were transported to the hospital.

A 25-year-old male driver was traveling along Fairview Avenue when the MTA bus hit his vehicle. At the time, they were allegedly both trying to turn onto Granada Avenue. The front bumper of the man’s vehicle, a Honda Accord, was knocked off the vehicle. The accident was under investigation by the MA and police at the time of the report. It is not known if the passengers will file personal injury claims for their bus accident injuries.

A bus is considered a commercial vehicle because it is used to transport passengers from one place to another. A bus can be any of the following:

A bus accident is any accident involving a bus and either another vehicle or a pedestrian.

Causes of Bus Accidents in Baltimore

To file a personal injury lawsuit for injuries sustained in a bus accident, another party must be responsible for causing the accident. If an accident victim did something to cause the bus accident in some way, he or she may be barred from suing. This is called a contributory negligence defense.

Most bus accidents are not caused by the bus driver. The bus driver may be unqualified to operate a motor vehicle or may be too tired to drive. Sometimes when the bus driver has done everything right and obeyed all the laws, a bus accident can still occur due to a mechanical problem with the bus itself, which may be the legal responsibility of the bus manufacturer or bus company.

The common causes of a bus accident include:

You have the right to file a personal injury claim and receive compensation for the injuries you sustained. Contact us immediately to receive the assistance of an experienced personal injury attorney.